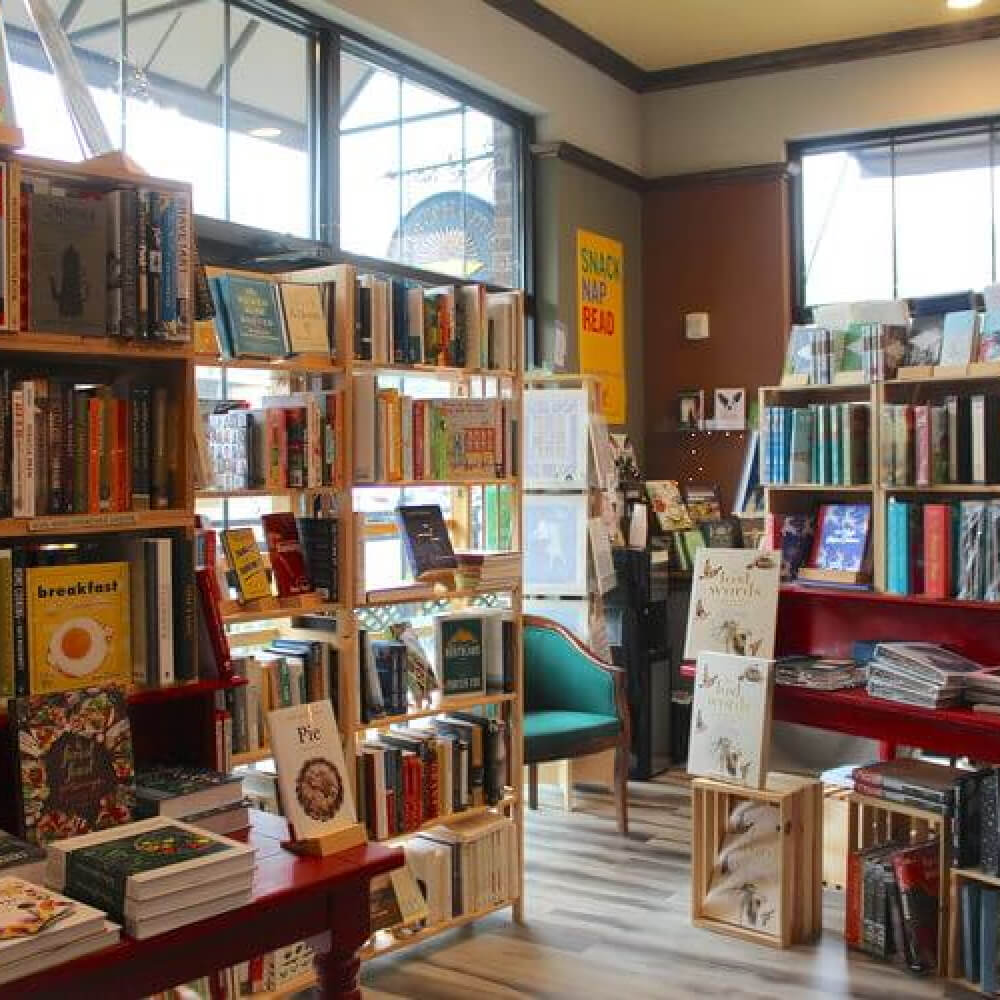 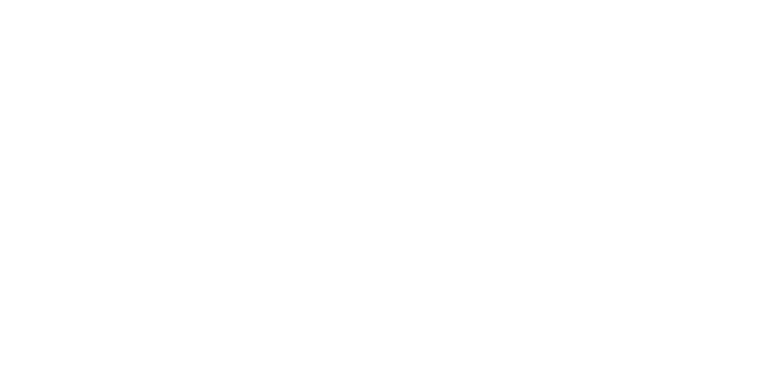 7 Books To Change The Way We Think About Nature

A guest post from the Hills & Hamlets bookshop blog

As booksellers in Serenbe, we read a lot of books about the natural world, environmentalism, trees, green living, sustainable design, and so on. Below we’ve put together a list of 7 of our favorite titles related to nature and our human understanding of our place in the natural world. It contains only one work of fiction, and six works of nonfiction, but all are very accessible books, not requiring any special technical or scientific understanding.

If any of these titles sound interesting to you and you want to purchase them, just click on the picture or the title and you can buy them from us and support a small independent community bookstore in the process!

The Overstory, winner of the 2019 Pulitzer Prize in Fiction, is a sweeping, impassioned work of activism and resistance that is also a stunning evocation of―and paean to―the natural world. From the roots to the crown and back to the seeds, Richard Powers’s twelfth novel unfolds in concentric rings of interlocking fables that range from antebellum New York to the late twentieth-century Timber Wars of the Pacific Northwest and beyond. There is a world alongside ours―vast, slow, interconnected, resourceful, magnificently inventive, and almost invisible to us. This is the story of a handful of people who learn how to see that world and who are drawn up into its unfolding catastrophe.

As a botanist, Robin Wall Kimmerer has been trained to ask questions of nature with the tools of science. As a member of the Citizen Potawatomi Nation, she embraces the notion that plants and animals are our oldest teachers. In Braiding Sweetgrass, Kimmerer brings these two lenses of knowledge together to take us on “a journey that is every bit as mythic as it is scientific, as sacred as it is historical, as clever as it is wise” (Elizabeth Gilbert).

Drawing on her life as an indigenous scientist, and as a woman, Kimmerer shows how other living beings―asters and goldenrod, strawberries and squash, salamanders, algae, and sweetgrass―offer us gifts and lessons, even if we've forgotten how to hear their voices. In reflections that range from the creation of Turtle Island to the forces that threaten its flourishing today, she circles toward a central argument: that the awakening of ecological consciousness requires the acknowledgment and celebration of our reciprocal relationship with the rest of the living world. For only when we can hear the languages of other beings will we be capable of understanding the generosity of the earth, and learn to give our own gifts in return.

THE HIDDEN LIFE OF TREES

Are trees social beings? In this international bestseller, forester and author Peter Wohlleben convincingly makes the case that, yes, the forest is a social network. He draws on groundbreaking scientific discoveries to describe how trees are like human families: tree parents live together with their children, communicate with them, support them as they grow, share nutrients with those who are sick or struggling, and even warn each other of impending dangers. Wohlleben also shares his deep love of woods and forests, explaining the amazing processes of life, death, and regeneration he has observed in his woodland.

After learning about the complex life of trees, a walk in the woods will never be the same again.

From forest trails in Korea, to islands in Finland, to eucalyptus groves in California, Florence Williams investigates the science behind nature’s positive effects on the brain. Delving into brand-new research, she uncovers the powers of the natural world to improve health, promote reflection and innovation, and strengthen our relationships. As our modern lives shift dramatically indoors, these ideas―and the answers they yield―are more urgent than ever. (signed copies available on our website while supplies last)

LAST CHILD IN THE WOODS

“I like to play indoors better ’cause that’s where all the electrical outlets are,” reports a fourth grader. But it’s not only computers, television, and video games that are keeping kids inside. It’s also their parents’ fears of traffic, strangers, Lyme disease, and West Nile virus; their schools’ emphasis on more and more homework; their structured schedules; and their lack of access to natural areas. Local governments, neighborhood associations, and even organizations devoted to the outdoors are placing legal and regulatory constraints on many wild spaces, sometimes making natural play a crime.

In Last Child in the Woods, Louv talks with parents, children, teachers, scientists, religious leaders, child-development researchers, and environmentalists who recognize the threat and offer solutions. Louv shows us an alternative future, one in which parents help their kids experience the natural world more deeply—and find the joy of family connectedness in the process.

THE WIZARD AND THE PROPHET

In forty years, Earth's population will reach ten billion. Can our world support that? What kind of world will it be? Those answering these questions generally fall into two deeply divided groups--Wizards and Prophets, as Charles Mann calls them in this balanced, authoritative, nonpolemical new book. The Prophets, he explains, follow William Vogt, a founding environmentalist who believed that in using more than our planet has to give, our prosperity will lead us to ruin. Cut back! was his mantra. Otherwise everyone will lose! The Wizards are the heirs of Norman Borlaug, whose research, in effect, wrangled the world in service to our species to produce modern high-yield crops that then saved millions from starvation. Innovate! was Borlaug's cry. Only in that way can everyone win! Mann delves into these diverging viewpoints to assess the four great challenges humanity faces--food, water, energy, climate change--grounding each in historical context and weighing the options for the future. With our civilization on the line, the author's insightful analysis is an essential addition to the urgent conversation about how our children will fare on an increasingly crowded Earth.

In 2007, when a new edition of the Oxford Junior Dictionary ― widely used in schools around the world ― was published, a sharp-eyed reader soon noticed that around forty common words concerning nature had been dropped. Apparently they were no longer being used enough by children to merit their place in the dictionary. The list of these “lost words” included acorn, adder, bluebell, dandelion, fern, heron, kingfisher, newt, otter, and willow. Among the words taking their place were attachment, blog, broadband, bullet-point, cut-and-paste, and voice-mail. The news of these substitutions ― the outdoor and natural being displaced by the indoor and virtual ― became seen by many as a powerful sign of the growing gulf between childhood and the natural world.

Ten years later, Robert Macfarlane and Jackie Morris set out to make a “spell book” that will conjure back twenty of these lost words, and the beings they name, from acorn to wren. By the magic of word and paint, they sought to summon these words again into the voices, stories, and dreams of children and adults alike, and to celebrate the wonder and importance of everyday nature. The Lost Words is that book ― a work that has already cast its extraordinary spell on hundreds of thousands of people and begun a grass-roots movement to re-wild childhood across Britain, Europe, and North America.

Read the original post and shop for books on Hills & Hamlets website, or visit them at their store in The Textile Lofts in Serenbe’s Grange neighborhood.