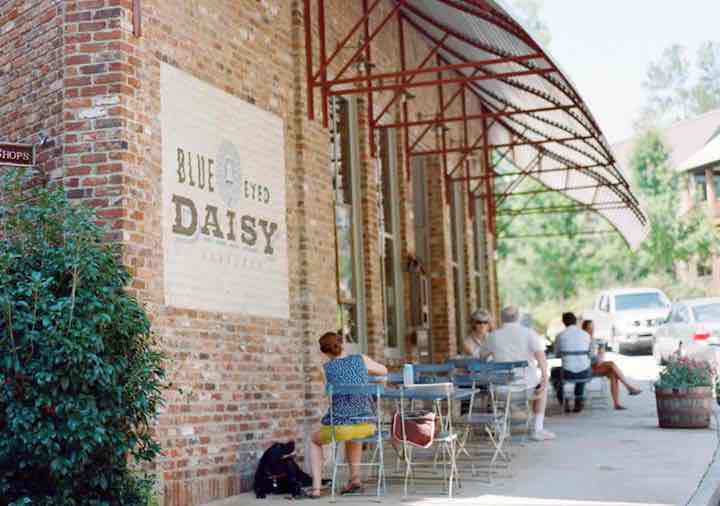 The Blue Eyed Daisy is the unofficial meeting place for Serenbe residents and guests alike. Established in 2005 and located in the heart of the community, the Daisy (as residents lovingly refer to it) was the first official retail space to serve the culinary needs of Serenbe residents.

Founded on a belief that good food shared with friends and strangers can be a driving force behind fostering community and communication. The Daisy is no stranger to accolades; shortly after it opened, the bakeshop earned a designation as the smallest Silver LEED-certified building in the U.S. And in 2012, in-house pastry chef Candi Pittman was declared the winner of the Food Network’s Cupcake Wars.